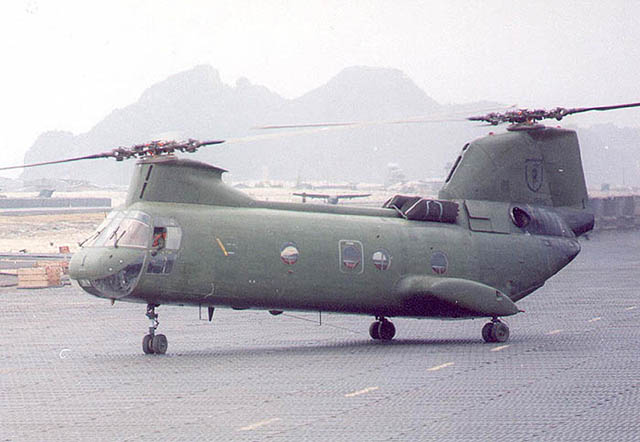 To Listen to the Bruce Lake Story, told in
his own words,  CLICK HERE


Interested in contacting Bruce Lake, go to the Home Page and email us.

In a world of whirling wings...ready to rise and soar
I pause to view the past of my brothers before
Who proudly form the brotherhood,
winding above Asian land
Against aggression they stood.
A proud generation who left us an inspiration,

We hold our heads high
It’s time we take to the sky.
We labor long and hard under the sun or sleepless stars.
Preparing our craft for flight with pilots strapped in tight,
await the command that brings this Lady to life

Phrog Phlyers, for each mission we rise to achieve,
Reflecting on tradition...heeding to our creed.
Phrog Phlyers…With the courage to be on the scene
With our rotors high we heed the cry
On the wind we fly…"
*****
You can link back to this page after listening by clicking on the back arrow
on the top left of your computer screen.
The Bruce Lake Story was produced and directed by Charles Langdon for RadioVisions
© Charles Langdon 2009 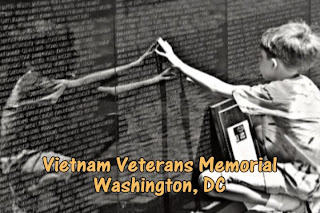 To watch the TV interview with Bruce on the OUT OF THE PAST show, 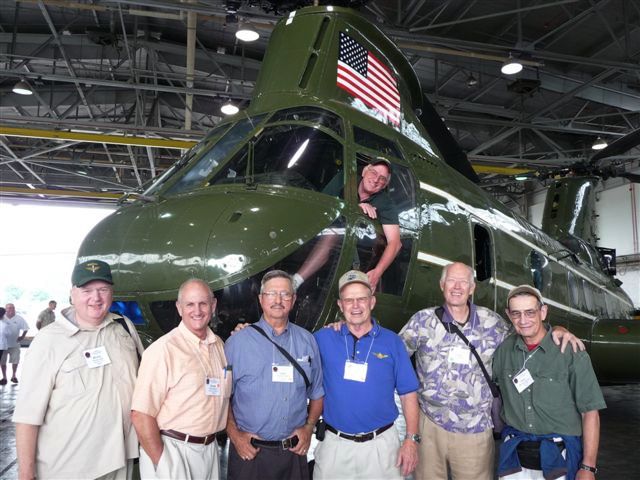 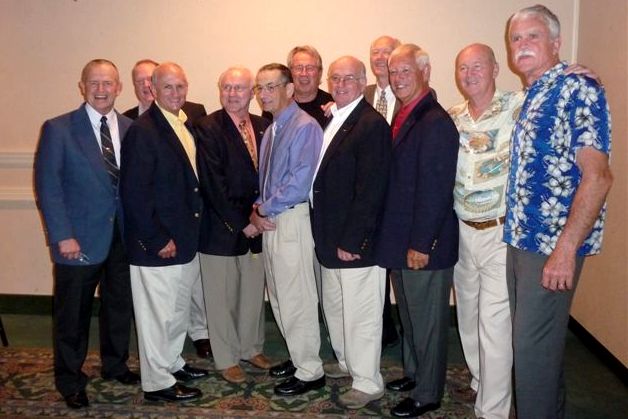 In reviewing Bruce Lake's Book, "1500 Feet Over Vietnam", it is rare that an author can be so nonchalant and modest to the fact that he had earned the "Silver Star" and 42 air medals as a young Marine Helicopter Pilot. However, when Mr. Lake wrote this book, it was never intended for publication. This entire memoir is based on letters that started on April 1, 1968 and concluded on April 20th, 1969 all to his wife in an attempt to describe his missions and what everyday life was like in his Vietnam "chariot" i.e. the helicopter.
Self published, and without the distortion of time (writing a memoir 40 years later from memory), Lake recounts the pain of close friends dying way before their time in combat and crashes, braving enemy fire for troop insertions, extractions and medical dust off's. Mr. Lake put the letters that made up this book away for 8 years. Depending on weather conditions, Lake's primary job was to transport supplies, cargo, or most importantly 20 fully armed U.S. troops into battle flying his "A" model H-46 helicopter as part of "Marine Medium Helicopter Squadron 265" (HMM-265) When delivering $30,000 in cash as a payroll officer, Lake tells the reader the security a cartridge belt and pistol would bring him. Another interesting anecdote was when Lake recalled learning in grade school how people during the U.S. Civil War would pack lunches and bring their family in wagons to watch battles in fields in valleys. Lake wondered how different it was to fly into and out of pitched battles for 7 hours and then return to the base, go to the beach and check out a sailboat and sail up and down the coast watching other people fight. Lake lamented: "I had been in Vietnam less than 2 weeks and already I was beginning to think we weren't really over here to win a war. We were there for economic reasons more than democratic reasons". Lake also pointed out that despite the heavy attrition and heavy "body counts" of the North Vietnamese/Viet Cong, where the enemy was getting killed more than 100 to 1, superior U.S. weaponry (the awesome fire power of "Puff the Magic Dragon" (a transport plane, usually a "C-47" armed with "Gatling Guns" that could rain down a covering fire for U.S. ground troops of 15,000 rounds per minute!) and the devastation of a B-52 air strike, the U.S. was still not winning the war, with (to use the famous cliche) "no light at the end of the tunnel". Lake shamefully admitted that he worked with pilots who were too cowardly or scared to fly into "hot" landing zones. Similar to the problem with American ground troups fragging their overzealous superior officers, these sneaky pilots would pull circuit breakers to simulate mechanical failure to get out of dangerous missions. Also mentioned was the scarcity of territory the U.S. truly "controlled" in Vietnam, the problem of enemy tunnels all over South Vietnam (particularly in and around "Cu Chi")and how units of the South Vietnamese Army (A.R.V.N.) were composed of soldiers that in some cases were 12 years old or younger! The hardest letter Lake wrote to his wife was the story of his aversion to "Wrigley's Juicy Fruit Gum", which he still has today. There were missions Lake flew where he had to bring back many badly decomposed bodies of Marines killed in action. To mask the horrible stench of death, Lake would keep a pack of gum in the sleeve of his flight suit. To mask the odor, he would chew a few pieces and stick the moist gum to his upper lip just below his nose to mask the odor! How many 18 year old's that Lake later went to college with after Vietnam had to deal with this? Lake ends this incredible memoir with his experiences in Japan at the end of his tour and the anti-war sentiment he ran into upon his return to the States. There are so many more anecdotes about the intricacies of this sad chapter in American history, that the serious student of the Vietnam War simply MUST R